Rumours suggested that the two-time women’s champion pulled the plug because The Leader of the Cenation didn’t want to have children.

But the ex-Divas Champion denied the reports and claimed she broke up with The Champ because she wasn’t willing to sacrifice her career and ambitions for an engagement that required one of them to stop working.

The 35-year-old, who recently retired from in-ring action, also shot down another rumour that claimed she doesn’t him to have a family with someone else.

Bella tweeted: “And hope you all know now that I smile at whoever wants to birth life or get in on those ovaries.

An anonymous source that was allegedly close to Bella claimed it would break her heart if the 16-time world champion had a baby with another woman. 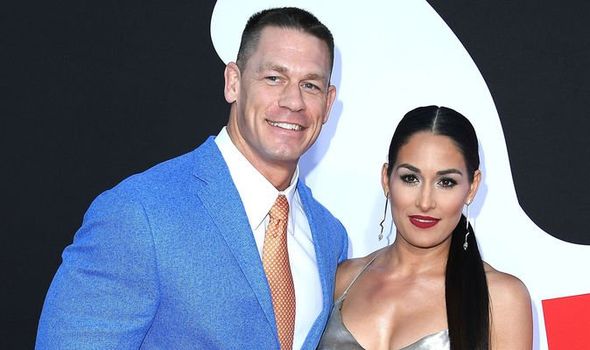 The source claimed: “Nikki would be heartbroken and crushed if John ended up having a baby with someone other than her as that’s truly the only reason they broke up.

“She always wanted to have a baby with John and the thought of that happening with a new woman is really hard to digest, but of course it’s crossed her mind.

“She tried everything to make their relationship work and sacrificed as much as she could, but at the end of the day, that was one thing she decided she just couldn’t go forward with. 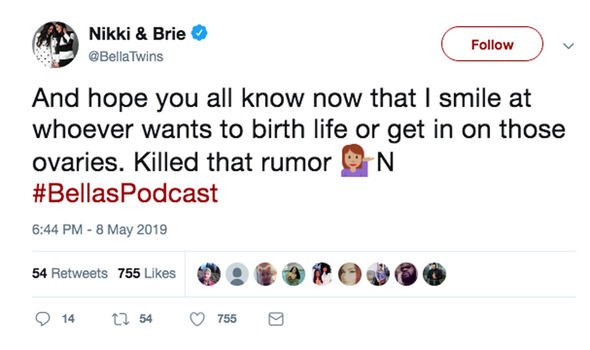 “She loves being an auntie and truly can’t wait to have her own children.

“She’s so maternal and will be the best mom but she’s not putting any pressure on herself.”

Bella has also moved on as she is now dating former Dancing With the Stars partner Artem Chigvintsev.