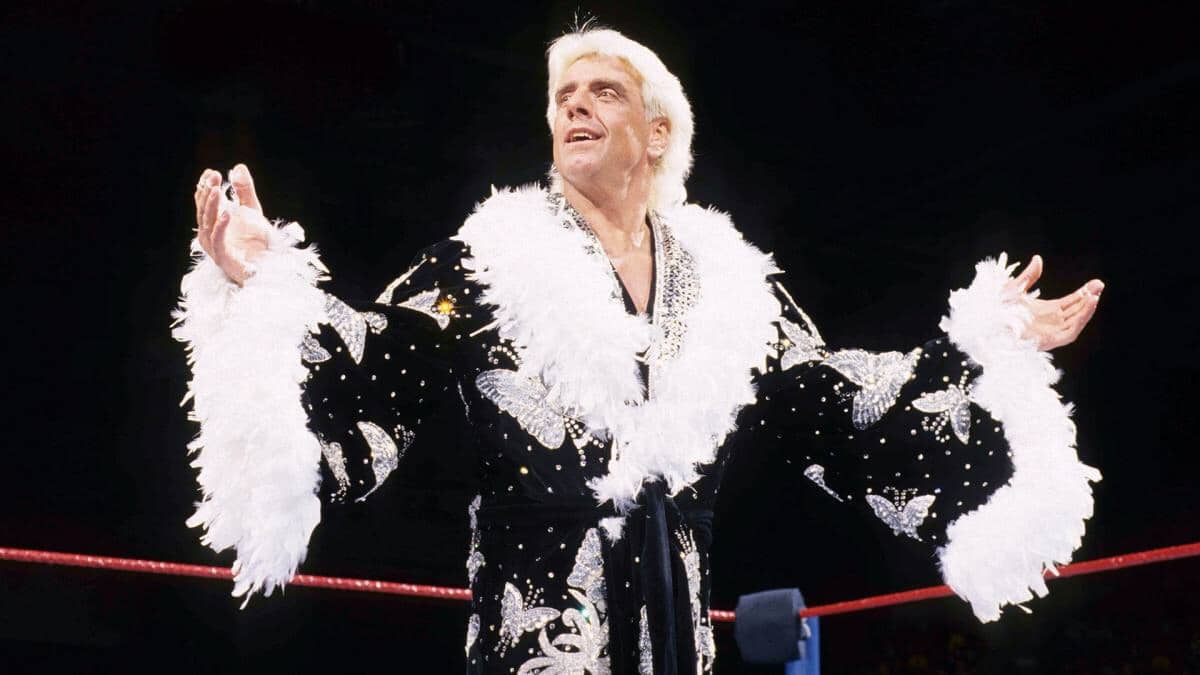 Nature Boy Ric Flair is threatening a lawsuit against WWE and it has reportedly caused a rift between him and his daughter Charlotte, as well as his close friend Triple H.

Back when Becky Lynch was starting her rise to the top and was feuding with Charlotte Flair, she started to call herself “The Man.”

This was part of the feud. Since Ric Flair’s famous quote was “To be the man, you have to beat the man,” Lynch taunted the daughter of the Nature Boy by calling herself The Man since she beat Charlotte.

The nickname stuck and fans loved it. T-shirts were made and even the recent WWE 2K20 video game used the tag for Lynch, who was one of the cover models.

However, Ric Flair feels he owns the trademark to “The Man” and he wants WWE to pay him to allow Becky Lynch to use the name.

Flair has used The Man as his nickname since 1981. He even holds a trademark for the phrase “To be the man, you have to beat the man.”

As a result, TMZ spoke to Flair and he said that he wanted to strike a deal with WWE to allow Becky Lynch to use the nickname but they blew him off.

That did not sit well with The Nature Boy.

He even went to his close friend Triple H and asked him to do something about it but that was also futile as an agreement was still not reached.

As a result, Ric Flair filed an application with the U.S. Patent and Trademark Office to give him ownership of “The Man” as it relates to professional wrestling.

Flair told TMZ that WWE is angry at him for making the trademark move and that it has affected his relationship with his daughter Charlotte since she is a WWE superstar.