New York’s MSG is the heralded as the world’s most famous arena and, in wrestling circles, is the pinnacle of venues for most performers and fans.

For their first Raw there in several years, WWE sought fit to bring the Texas Rattlesnake back into the squared circle for a memorable cameo.

The 54-year-old has long since retired from active competition, having not wrestled since a Wrestlemania bout with Dwayne ‘The Rock’ Johnson in 2003.

Stone Cold remains one of the most popular figures in the company’s history, however, and was drafted in on Monday Night for a contract signing for WWE’s upcoming Universal Championship bout. 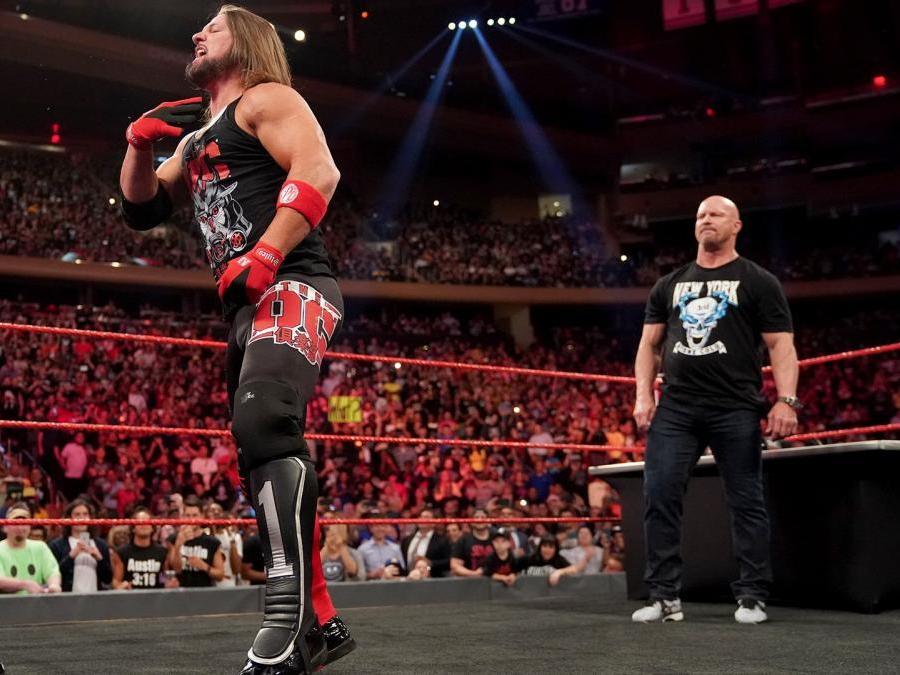 Austin, a multi-time world champion, kicked off Raw to a thunderous reception, and recounted some memorable moments of his own before getting down to business. 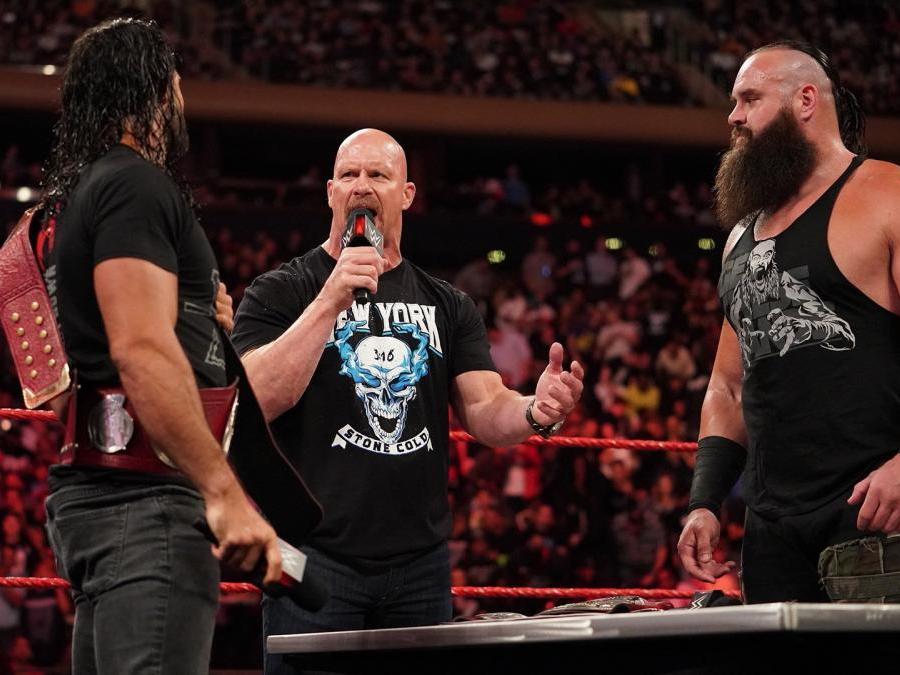 He successfully mediated the signing of the contract, and all appeared to be going swimmingly, until Rollins and Strowman were lynched by The OC – AJ Styles, Luke Gallows and Karl Anderson.

Styles looked to have left Rollins laying, only to turn and walk straight into Austin’s trademark Stone Cold Stunner. 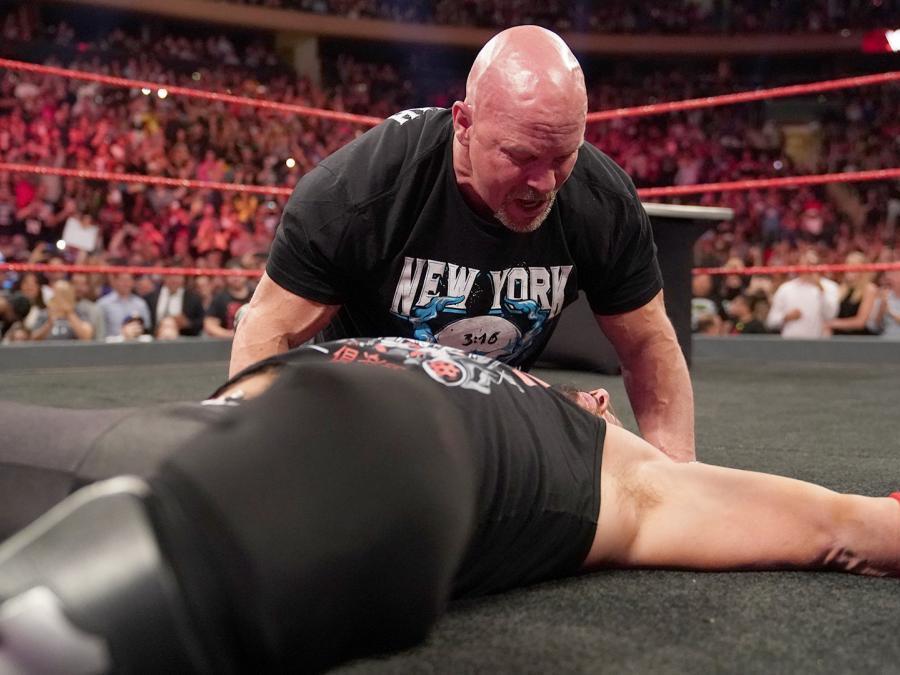 Austin would also close out the show later on, celebrating in the ring after Rollins, Strowman, Cedric Alexander and The Viking Experience defeated The OC, Dolph Ziggler and Bobby Roode in a ten-man tag-team match.

Elsewhere on Raw, Baron Corbin advanced to Sunday’s Final of the King of the Ring, having overcome Samoa Joe and Ricochet in a triple-threat match.