One new WWE Superstar will get her chance to shine for the first time at WrestleMania, while a familiar face will look to recapture past glory.

A year after Bianca Belair put together an eye-opening performance at Royal Rumble, “The EST of WWE” outdid herself by outlasting 29 other women to win the 2021 Women’s Rumble on Sunday night. On the men’s side, Edge became the second WWE Superstar to win after entering at No. 1 when he tossed Randy Orton over the top rope for his second Royal Rumble victory.

Both will now get a shot at WWE glory. Edge will look to win his 12th WWE championship while Belair will aim for her first taste of WWE gold.

Belair entered her match at No. 3 and lasted more than 47 minutes before eliminating Charlotte Flair and Rhea Ripley and getting to point at the WrestleMania sign. Not to be outdone, the 47-year-old Edge lasted over 58 minutes before finally eliminating Orton, the man who started the Royal Rumble alongside him. Edge’s career was supposed to be over because of a neck injury, but he made a stunning return at last year’s Royal Rumble and then pushed himself to the limit this year.

Roman Reigns retained his WWE Universal championship in a brutal Last Man Standing match against Kevin Owens, while Drew McIntyre turned back the challenge of Goldberg to retain the WWE championship. Both will wait to see who Edge picks as his opponent at WrestleMania 37.

Here’s how it all went down:

This was bad storytelling in a decent match. We got an abysmal continuation of Charlotte’s feud with Lacey Evans over her father Ric’s relationship with Evans, which cost her team the titles Sunday. “Raw” women’s champion Asuka has become an afterthought.

All four ladies worked hard, but it was only a matter of time before Evans would make her way down with Charlotte’s father to cause a distraction. And then Ric Flair handed Evans an illegal object with which to hit his daughter, and that cost Charlotte and Asuka the tag titles.

Notice that Jax and Baszler weren’t mentioned here. Why? Because it wasn’t about them.

This match was exactly what you thought it would be: quick and to the point. Anybody who expected more out of it should have been ashamed of themselves. McIntyre speared Goldberg and the 54-year-old returned the favor on the outside. Power moves were exchanged, Goldberg hit another spear and then hit the Jackhammer for a near fall. McIntyre rose, dodged a spear and nailed Goldberg with the Claymore Kick for the win.

To summarize, there were spears, a Jackhammer and a Claymore Kick.

It was what it was and the finish was hardly in doubt.

This feud had petered out over the past couple of weeks and the match was added to the Royal Rumble at the last minute. It didn’t hit the peaks that their last match hit, and with an ending that was a foregone conclusion, it was hard to be fully invested in it. We all know that Banks will be heading into WrestleMania as the “SmackDown” women’s champion, so this match was merely filler as we await her opponent.

That doesn’t mean that these two didn’t work hard, but it does mean that it lost significance because there was never a sense that Sasha would actually drop the title. We had a segment with Reginald that led to Carmella’s valet being tossed from ringside, a frightening dive by Carmella to Banks on the outside, a Code of Silence submission that Banks reversed and a Bank Statement by the champion to retain.

Not bad. But not memorable.

This should have been called the NXT Royal Rumble because of the talent that was involved in this match. From current stars (Dakota Kai, Shotzi Blackheart) to those who were in NXT just last year (Belair, Rhea Ripley), this was all about spotlighting one of the best women’s divisions in all of pro wrestling.

Ultimately, it wasn’t the greatest Royal Rumble, but the right woman won. Belair secured her title opportunity at WrestleMania, got her revenge on last year’s winner, Charlotte, and finally eliminated Ripley.

Prior to that, we got some decent work. Naomi entered at No. 2 and hung on for over 40 minutes. She gave us a highlight when she avoided elimination using Belair’s hair to pull herself back into the ring.

Billie Kaye was a joy; her comedic angle of looking for a partner played out well throughout her tenure. Ripley was a physical specimen who brutally eliminated both Kai and Dana Brooke. Lana finally got her revenge on Nia Jax late by coaxing her into eliminating herself out of anger. There was also a 24/7 title switch when Alicia Fox pinned R-Truth during the Rumble, only to lose it back to Truth later in the match. Truth would later drop the title to WWE talking head Peter Rosenberg.

But there were a lot of stale spots in the match, too, and an utterly unforgivable production botch when Belair eliminated Bayley and not a single camera captured it. There weren’t a ton of highlights and it felt as if a lot of this was booked on the fly until we got to the final four of Charlotte, Natalya, Ripley and Belair.

After Belair tossed Natalya, we were left with Ripley, Belair and Charlotte. Bianca and Rhea got their revenge by eliminating Charlotte after Charlotte eliminated Belair last year and beat Ripley at WrestleMania for the NXT women’s championship. Ripley attempted to toss Belair, which led to a furious exchange of finisher attempts until Belair finally ended it by eliminating Ripley.

The right person won in a great final segment, but how it got there wasn’t terribly entertaining.

The chemistry between Reigns and Owens is undeniable. Their third, and possibly final, match in this feud managed to be different from their previous matches but still ramped up the brutality.

It can be argued that Owens is one of the most undervalued talents on the roster considering his uncanny ability to make everything he does captivating. He may never be the top guy on the WWE roster, but if you need someone to deliver intensity and make someone look good, the he’s your guy.

This was yet another match where the winner was a near lock but Owens made sure that it wouldn’t play out in that manner. It was an incredibly entertaining match throughout that began to hit its peak when Reigns tossed Owens off the stage to a table 10 feet below and then ran him over with a golf cart.

But Owens is a maniac, and he recovered to hit a pop-up powerbomb on top of a table followed by a frog splash. Owens then used a forklift to hit Reigns with Swanton bomb. Reigns made it up before the count and the speared Owens through the electronic stage display. But Owens beat the count by rolling off the stage and onto his feet.

Then came a battle on the outside and Owens his a stunner. Owens handcuffed Reigns to a lighting fixture. The referee nearly counted to 10 but Reigns knocked out the referee. Paul Heyman arrived to help Reigns escape. Reigns snatched Owens in a guillotine that finally put the challenger down and out.

The only thing that really hurt this match was the finish when the second referee inexplicably stopped counting after realizing Heyman wasn’t going to be able to get Reigns out of the handcuffs in time.

Edge and Orton resumed their feud from last year as the first two entrants. Edge eventually hurt Orton by using a steel chair on his leg, and officials escorted Orton to the back. From there, we didn’t get much of anything worth mentioning until Carlito made his return after years away from WWE. And he looked absolutely jacked.

When The Miz entered at No. 15, he destroyed Bad Bunny’s turntables, a move that stemmed from a previous altercation with the pop star. Bad Bunny got his revenge when he distracted Miz and John Morrison long enough for Damien Priest to eliminate them. To add insult to injury, Bad Bunny then dived on top of them. And that dive was better than Snoop Dogg’s from a few weeks ago in AEW.

Kane also returned to briefly reunite with Daniel Bryan as Team Hell No. But Kane turned on Bryan and was eventually eliminated by Priest. Between Big E and Priest, there were two noteworthy performances while everyone else seemed to be going through the motions. There was an excellent interaction between Big E and Bobby Lashley that could have been a tease to something down the line.

Business picked up when Edge’s best friend, Christian, made his return in a massive surprise. Seth Rollins also made his return, at 29. There were more eliminations and then we ended up with a final four of Edge, Rollins, Christian and Braun Strowman. Probably not the final four many would have guessed, but alas, there we were.

Rollins failed to get Strowman to team up with him, and Edge and Christian took advantage. Christian and Strowman were both eliminated and then Edge got rid of Rollins.

The oldest trick in the book came next: Orton returned after being gone for over 40 minutes, hit Edge with an RKO and seemingly had the victory in the palm of his hand. But Edge turned the tables and tossed out Orton to win.

This was a strange finish because so many other wrestlers were deserving of the Royal Rumble rub. WWE instead went with someone who didn’t need to win this match. Nevertheless, it felt good to see Edge and Christian together and it’ll be interesting to see which way Edge goes with his WrestleMania pick.

As for the match, very little was memorable outside of a jacked-up Carlito and the reunion of Christian and Edge. If you wanted more, you didn’t get it. The match was fine. That’s all we got. 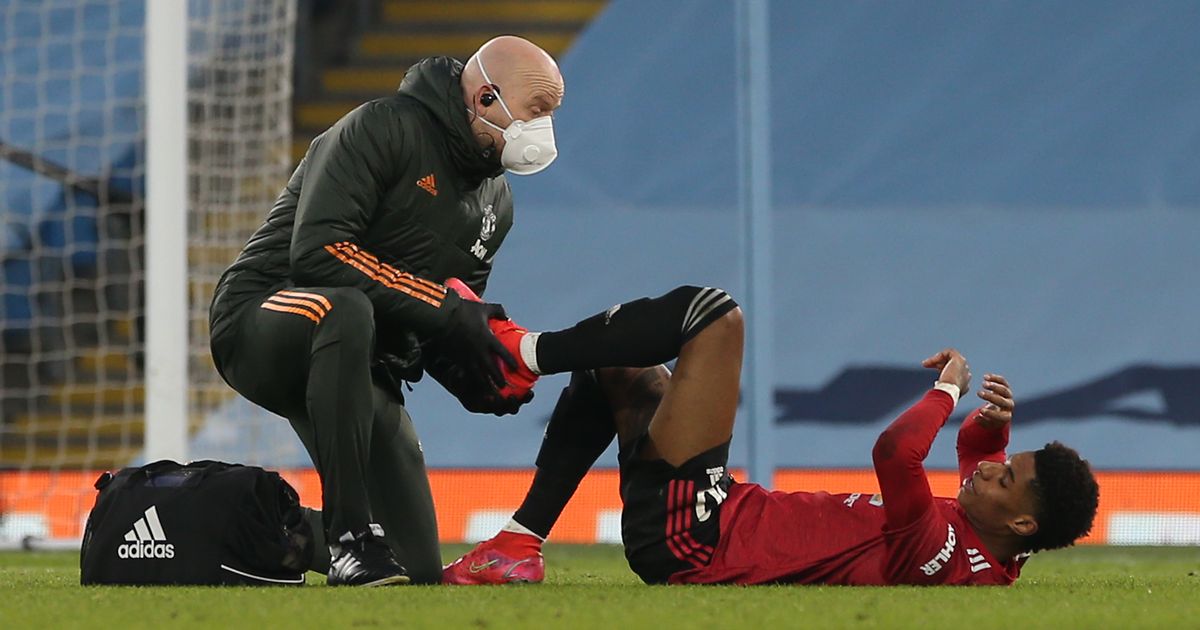